Keiron Anderson was born in Aberdeen and studied trumpet and keyboard at the Royal Northern College of Music in Manchester where he started both a light orchestra and big band. His career has multiple strands: musical director, composer, performer, teacher.

Musical director
Keiron currently directs Yorkshire Wind Orchestra (1994 – ) which he has brought to its present level of excellence, Nottingham Symphonic Winds (2006 – ) with whom he has produced many excellent concerts and recordings, and Phoenix Concert Band (2003 – ) which he has developed into a high-quality community wind band.
He has worked with many other groups including Harlequin Brass, Leeds Conservatoire Wind Orchestra, Nottingham Symphony Orchestra, the National Saxophone Choir of Great Britain and numerous chamber ensembles throughout the UK and Europe as part of a diverse and rich schedule of conducting.
Keiron approaches each group differently according to its particular character, capabilities, ambition and rehearsal schedule!

Composer
Keiron is a prolific composer producing unique and exciting new music across an eclectic mix of styles. Some of these works are written specifically for the groups he directs or as commissions for other ensembles. Others are intended to be enjoyed on Soundcloud.

Performer
Keiron has worked extensively as a freelance performer from performing in a chamber orchestra in Bridlington sightreading 12 concerts a week, to work with the Scottish Ballet Orchestra, London Festival Ballet, Welsh Opera, Scottish National Orchestra and the BBC Northern Radio Orchestra. Keiron also established the Keiron Anderson Orchestra and completed several years working on cruise ships followed by a period in Spain before returning to the UK and performing all over the country with artists such as Cannon and Ball, Ronnie Corbett, Bob Monkhouse, Little and Large, Frankie Vaughan and many more.

Teacher
Keiron’s teaching experience includes 10 years as a peripatetic teacher of brass and composition, three years as Head of the Ilkley Music Centre and 18 years as Head of Music, then Head of Creative Arts at Ilkley Grammar School. 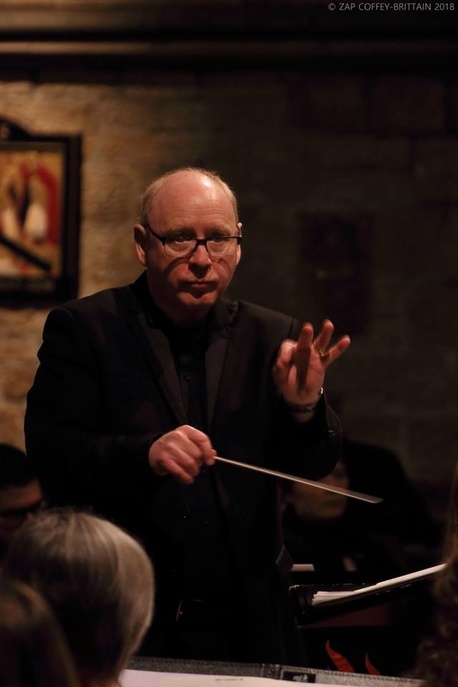